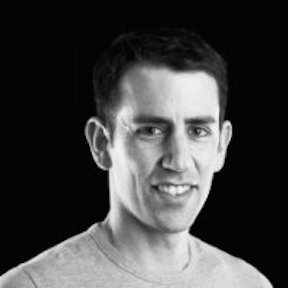 Sean Hoskins is a creator, teacher, and performer who works with movement and momentum. He seeks to create engaging works for the stage and screen. Originally from Bennington, VT, he began dancing at Middlebury College, where he studied with Andrea Olson, Penny Campbell, Peter Schmitz and Amy Chavasse.
Sean received his MFA from the University of Michigan, where he was involved in multiple interdisciplinary projects and developed skills and significant interest in Dance and Technology. 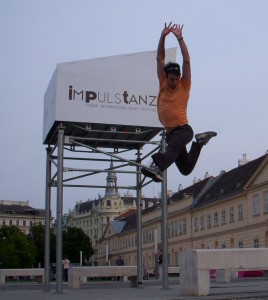 Sean has performed, taught, and presented his work in various locations throughout the country the past fifteen years, from Boston and New York City to SanFrancisco and a collection of states and venues. His choreography was presented at the National College Dance Festival at the Kennedy Center, and he creates dances at colleges/universities (recently at Oakland University, Wayne State University, and the University of Michigan), and with his own group of dancers. As a performer, Sean has danced with Leslie Seiters’ little known dance theater, Chavasse Dance & Performance, Peck Peck Dance Ensemble and the Dance Company of Middlebury as well as in works by Paul Matteson, Jessica Fogel, Terri Creach, Peter Schmitz, Susan Sgorbati, and Esduardo Mariscal, among others. 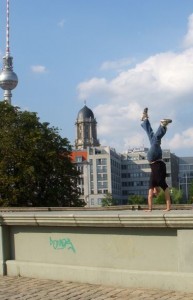 Sean is currently the Dance Technology Coordinator and Part-Time Faculty at the University of Michigan. He works on a variety of marketing, technology, and archival initiatives, instructs students in video and audio editing, and teaches courses in Self-promotion, Improvisation,  and Dance & Related Arts. Sean was previously the Dance Media and Production Coordinator and faculty at Wayne State University. He has led workshops and classes at Oakland University, Middlebury College, Bates College, ACDFA and Enloe Magnet School in North Carolina. Additionally, Sean taught classes at Middlebury College and Berwick Academy, directed the dance program at Blair Academy for three years, and he worked for Sports4Kids and Fitness in Transit in Oakland, CA.